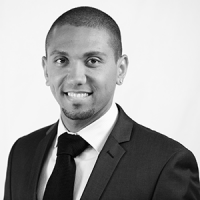 World renowned Latin dance professionals Kadu Pires and Larissa Thayane, they started dancing together in 2005 in Rio de Janeiro, Brazil. In 2007 they moved to Australia where they worked at Rio Rhythmics Latin Dance School for 5 years, in 2012 they founded their school called K&L Dance.

Kadu was born in Sao Paulo where he started his studies in Latin dance. At 18 years old he moved to Rio de Janeiro where he started teaching and performing with Jimmy de Oliveira and Alex de Carvalho dance companies.

Larissa was born in Campo Mourao, Parana. At 14 years old she moved to Curitiba where she graduated at Escola de Danças Classicas Teatro Guaira in ballet and contemporary. She also joined the University of Dance (Faculdade de Artes do Parana). 4 years later Larissa got hired to work at the Youth Company of Rio de Janeiro Theatre where they performed all over Brazil. One of the highlights of her career was to perform at the Kennedy Centre with the National Symphonic Orquestra in Washington DC, USA.

Since 2007, they spend up to 46 weekends in the year travelling to teach, perform, choreograph and judge at the world’s most important dance events and competitions. They have been instrumental in boosting the popularity of Brazilian Zouk and Samba de Gafieira internationally. Their credits include competition wins and television appearances in Brazil and in Australia where they lived for 10 years, including choreographing for So You Think You Can Dance Australia and judging at the World Latin Dance Cup.

In 2013 they foundedÂ the K&L Dance School in Brisbane which taught over 200 students and Casa do Zouk congress in the Gold Coast, Australia which attracts over 500 participants every year!

Today they are based in Los Angeles – USA, where they began the K&L Teachers Training Certificate (K&LTT)  and are working to improve the growth of Zouk in North America. They have also been dedicating time studying and competing West Coast Swing, their new passion. Kadu and Larissa placed between the 5 first places on the Showcase division at the US Open Swing in 2016, 2017 and 2018.

“We have been very fortunate to have the opportunity to live our dream. It is our pleasure to take students on the exotic journey that is Latin dance. ”
– Kadu Pires and Larissa ThayaneÂ

Being a great dancer means going back to beginner classes regularly. Make sure your foundation movements are perfect!